The year is 2022. For the third time, a Le Pen is proceeding to the run-off for the French presidency. And unlike 2002 (when her father stood) and 2017, Marine Le Pen has a chance to win this time.

Without doubt, a Le Pen presidency would upend French, European, and even global politics. This is why (depending on individual predispositions) everyone is so excited, worried, or even joyful about it. For the next ten days, everyone in the west will turn into a (part-time) France-watcher and expert, unless that person happens to be German, in which case another round of navel-gazing is in order. 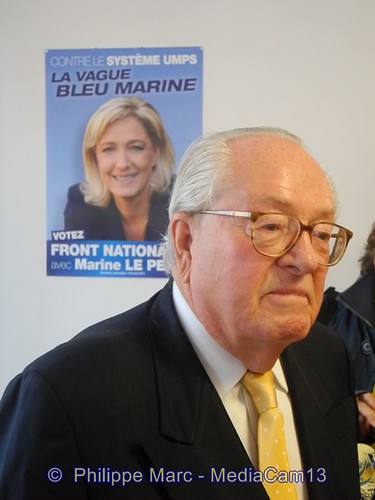 But while we are necessarily unsure about Le Pen’s and our own future, we should already know a lot about her, her party, and their voters. The Rassemblement National (formerly the Front National) was founded almost 50 years ago. In the older literature, it was often presented as the “mastercase” or “archetype” of its party family. In all likelihood, it is one of the most well-researched radical right parties in Europe.

To check my intuition and save you some work, I therefore ran a simple keyword search on The Eclectic, Erratic Bibliography on the Extreme Right in Western Europe. After manually removing some false positives (remember the irrelevant National Front in Wallonia that eventually had to change its name because it infringed on Le Pen’s copyright?), I ended up with 63 titles, published between 1985 and 2021. While some of them are comparative (once upon a time, two- and three-country studies were a popular genre), most are exclusively devoted to France, the FN/RN, and the Le Pens. This treasure trove should be enough to occupy you until election night.


As (West) European election years go, 2017 was quite something. The French party system changed beyond recognition. The radical right entered Germany’s national parliament for the first time. UKIP was wiped out, but May still managed to lose a comfortable majority. And very high fragmentation resulted in a coalition that looks improbable even by Dutch standards.

SCoRE is our multinational project that explores the link between local and regional living conditions on the one hand and radical right attitudes and behaviours in these four countries on the other. Sometimes, serendipity is really a thing. Because we had our individual-level data collection scheduled for this year anyway, we gained some unique insights into all four big Western European elections of 2017.

Accordingly, my colleagues have written up reports for France, Germany, the Netherlands, and the UK, complete with beautiful maps. Who does not like maps?

But perhaps you’re pressed for time or not sure if you really want to read four (fairly short) reports? With the European Parliamentary elections on the horizon, I made a short explainer/teaser video about them to bring you up to speed in just over two minutes. I have a hunch that afterwards, you will want to read all four pieces.


Predictably, the Front National has done well in yesterday’s local elections in France, and predictably, everyone is very excited about. Much has been said about the FN’s performance, but not yet by everyone. Here is a bunch of useful links to bring your punditry up to scratch.

Have I missed something important?


If you are at all interested in political extremism, go straight to the (relatively) new hub that is the Extremis Project. Short updates by country experts, lengthy pieces of in-depth analysis, a growing research database – they have it all. Hell, they even ran a sort of birthday special for the FN’s 40th anniversary.My only qualm is the sheer volume of their output: four posts this morning before 9 am. So I should stop reading now and go back to work.

If this post’s title does make any sense to you, chances are that you are one of us anoraks who had a brilliant weekend of extreme right spotting. In France, Jean-Marie Le Pen stepped down as leader of the Front National, just under 40 years after he founded the party. He is succeeded by his youngest daughter, who is portrayed as a moderniser (hey, she’s twice divorced) and a moderate (by FN standards). While this story might conjure the image of Prince Charles, Marine’s rise through the Front’s ranks was quick, largely unexpected and a major source of aggravation for Bruno Gollnisch, the controversial academic who became the party’s number two after the old number two, Bruno Mégret, left the party to found the MNR in 1999. If Gollnisch (who was soundly beaten by LePen the younger in the leadership contest) aims to repeat that stunt remains to be seen. I’m sure there is a silly story about men named Bruno who turn out to be the real Princes Charles here (both spent a lot of  time eyeing the leadership and are in their early 60s now ), but more importantly, Marine is going to change le Front, though her father might be tempted to meddle. These right-wingers know a thing or two about family values.

Meanwhile, in Germany the NPD, arguably the most radical amongst the electorally viable right-wing parties in Germany has celebrated its merger with its old rival DVU. The DVU was founded in the early 1970s as a marketing device for right-wing books, journals and paraphernalia and became a party in the 1980s. For nearly 40 years, it was completely dominated by its founder Gerhard Frey, who finally stepped down in 2009, aged 76. While has successor planned for the merger that became effective from January 1, some regional leaders are less than happy and seem willing to either take the issue to the courts over some alleged irregularities, or to set up a new party of their own. Either way, it would seem that the German extreme right remains divided, as it has been since the 1980s.

In a recent article in the European Journal of Political Research, Kestilä and Söderlund claim (amongst other things) that in the French regional elections of 2004, turnout and district magnitude have significant negative effects on the extreme right vote whereas the effects of the number of party lists and unemployment are positive and significant. Most interestingly, immigration (which is usually a very good predictor for the radical right vote) had no effect on the success of the Front National. More generally, they argue that a subnational approach can control for a wider range of factors and provide more reliable results than cross-national analyses (now the most common approach to this phenomenon). My colleague Liz Carter and I disagreed and engaged in a massive replication/re-analysis endeavour. The outcome is a critique of the KS model of subnational political opportunity structures in regional elections. In this paper, we dispute Kestilä’s and Söderlund’s claims on theoretical, conceptual and methodological grounds and demonstrate that their findings are spurious. Today, the European Journal has accepted the article for publication (probably in 2009) 🙂