It’s that time of the year again. No, I’m not talking about mindless consumerism, pointless over-indulgence and the Great Starbucks War on Christmas. What I’m talking about is my yearly reflection on why I still solo blog in <insert year>, and which posts were the least unpopular. To which the answer is not so easy. With today’s infrastructure, server logs have become meaningless. Google analytics is an Orwellian nightmare for both my few readers and me. Which leaves the humble wordpress tracking code: yet another data protection scare, but less high-profile. And so, without further ado, here comes this blog’s top ten for 2019. 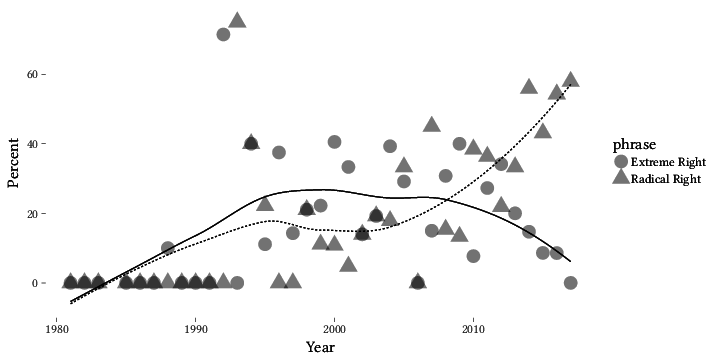 How the Extreme Right became the Radical Right - kai arzheimer

These days, the (Populist) Radical Right is all the rage. But when I started out as a young Padawan an unspecified number of decades ago, we were working on

#9 Regional support for the “Alternative for Germany” varies wildly

The AfD was founded near Germany's financial centre of gravity (Frankfort) by members of the old western elites. But early on, the eastern states of

A short post with maps that summarises some of my recent work on the geography of the radical right vote in Germany. 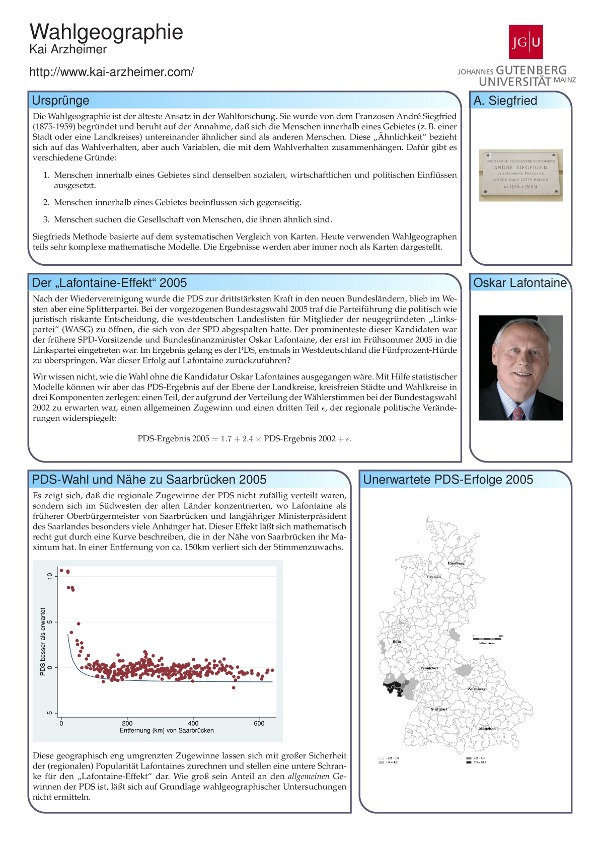 My default for writing anything that is longer than a page is LaTeX  (possibly via org-mode, if it is short and simple). In fact, the bond that ties me to the

Do you need a conference poster, fast? Do you love

The AfD splits again. This is why you should care. Perhaps - kai arzheimer

Andre Poggenburg, the AfD's former leader in Saxony-Anhalt, has left the party and setup his own "Awakening of German Patriots" outfit

Almost a year ago, a third reasonably prominent politician (though not a former leader) left the AfD to set up their own shop. As we now no, he failed, utterly, but it’s still a cautionary tale.

Alexander Gauland, the leader of the AfD, is the keynote speaker at a notorious far-right conference in Schnellroda, organised by Götz Kubitschek

The leader of the biggest opposition party in the Bundestag gave the keynote at an institution that aims to educate the future extreme right elite. That is quite something. And because all this list is super self-indulgent anyway, I’m also reposting the video I made about it

Alexander Gauland, co-leader of the AfD, headlines a far-right "winter school"
Watch this video on YouTube.

#5 How the tidyverse changed my view of R

How the tidyverse changed my view of #rstats - kai arzheimer

Back in the mist of time, when I should have been was working on my PhD, I found a blue book on the shelf that a previous occupant of the office had left

A short-ish post about R with the tidyverse is slightly and pleasantly different from grandpa’s R (i.e. the R of my PhD days). I guess people liked the post because of the memes.

#4 The March 2019 update of the Extreme Right Bibliography

I maintain this slightly obsessive bibliography on the Far/Radical/Extreme Right and their voters. The March 2019 update was a big one, which attracted some attention from fellow nerds.

#3 nlcom and the delta method

Stata's procedure nlcom is a powerful implementation of the delta method, which approximates the expectation of some function of a random variable

This post from 2013 is an evergreen, because Stata’s implementation of the delta method (still) rocks.

#2 The regional elections in eastern Germany

Today's elections in Brandenburg & Saxony are sending a new set of shock waves through German politics. Here are some quick thoughts.

Everyone with the slightest interest in German politics was watching the 2019 state elections in the east. Here is/was my five-minute analysis of what was going down.

#1 The state election in Thuringia

5 quick hits on the state election in Thuringia - kai arzheimer

1. Everyone is talking about the AfD, but the real story of this election is the Left2. Single-digit SPD results are almost normal now3. Germany is not yet the Netherlands, but we are getting there.4. The Green Wave has not reached Thuringia5. The most extreme flavour of the AfD remains popular in the (south-)east

This eastern state election made quite a splash, what with the collapse of the SPD, the rise of the AfD, and the underwhelming result for the Greens. Given the size and importance of Thuringia for the great scheme of things, the post attracted disproportionate interest. I blame twitter.

I find it hard to believe, but I’ve written almost 80 posts this year, which is well above my yearly average. Most of them are just short throw away things (“Look, I was misquoted by some university radio station in Bosnia!”). Others are more substantial, and some reach a rise up to a length, sophistication, and dullness that I should reserve for my best proper academic writing. I have no idea why I’m still doing this, but while I’m still doing this, people might as well read it, so share a post or two, will you?