A coalition to keep out the AfD

Back in the distant past of 2016, the rise of the AfD in Germany’s eastern states and the fragmentation of the party system began to force the formation of awkward coalitions. In Saxony-Anhalt, the AfD captured about a quarter of the vote and so brought together a ‘Kenya Coalition’ (CDU / SPD / Greens). As menages a trois go, it was not a happy arrangement, but somehow the coalition rumbled on. But the AfD remained a problem. Like in other eastern states, some in the CDU (mostly second and third tier politicians) would be much happier in a coalition with the radical right than with two left-ish parties. Many others and the federal CDU quite rightfully think that this would be political suicide. And so there was was the occasional wink-and-nod, and a lot of kerfuffle and shenanigans, but not much else.

A neo-Nazi in the local CDU

While we were all obsessing about the UK General election, a scandal broke in the eastern periphery. Robert Möritz, a young and relatively recent member of the CDU turned out to be a member of ‘Uniter’, an association of former soldiers, and special forces and police officers that has been linked to the right-wing extremist ‘prepper’ scene. On closer inspection, it also emerged that Möritz was a steward at a neo-Nazi march, is a fan of neo-Nazi bands and sports a massive ‘black sun’ tattoo (a combination of swastikas, infamously linked to the SS) (if you read German or know how to run Google translate, here are all the gory details) ? 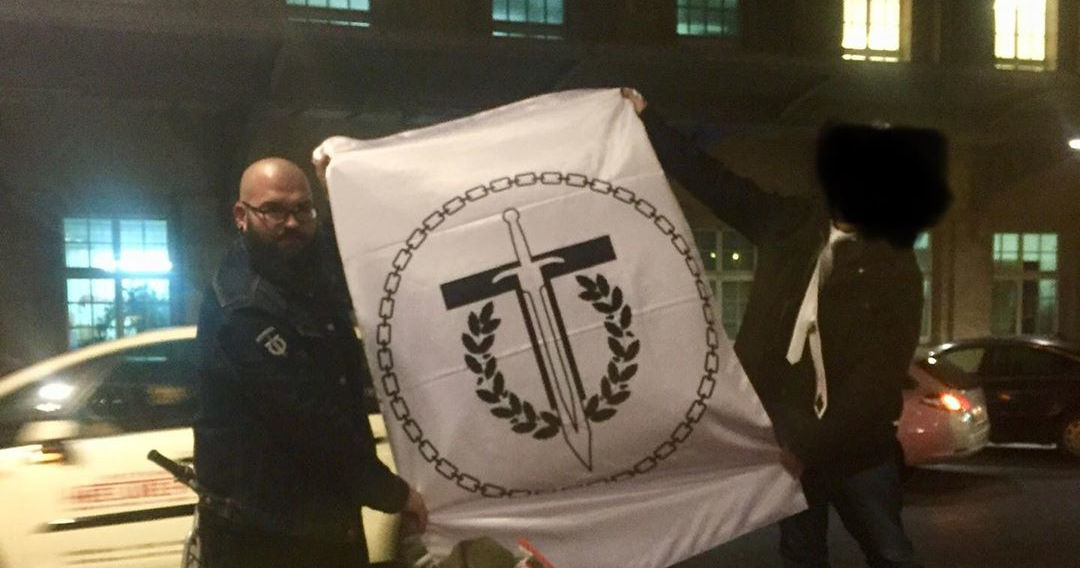 All of this undisputed. Möritz apparently removed some posts from his accounts, claimed youthful innocence and said he had moved on. His local association said they were happy with that.

Could a fourth-tier politician be the end of the coalition in Saxony-Anhalt?

Not all news are good news

As far as I can tell, Möritz is a member of some advisory assembly at the very local level. It strikes me as unlikely that he has any juice within the CDU, or that anyone would think he was worth wasting political capital on. On the other hand, the potential political fallout is massive. The normal reaction would have been to investigate the matter, with a view to chugging the guy out (legally complicated but doable).But when the story broke, the state-level CDU leadership did not pull the plug. They were happy with the way the local guys had dealt with it, period. Incredulous silence all around, then the Greens piped up and asked, quite literally, ‘How many MORE swastikas do you have in your ranks’. Excellent question. To which the state leadership responded by … ? … demanding an apology and threatening to end the coalition.Cue emergency delivery of mil-grade tranquillisers to CDU HQ back in Berlin and head-scratching all around. What is this all about? Internal CDU power struggle? Testing the waters? The state CDU forcing early elections or a year of minority government to warm up for the campaign? I have no idea. But this is how we in Germany spend the weekend after the day after the night before.