Lauren McLaren, writing in 2002, using data from 47.1 Eurobarometer conducted in 1997. As they say: nothing new under the sun

I know that definitions are so 1996, but here are some that bear repeating: 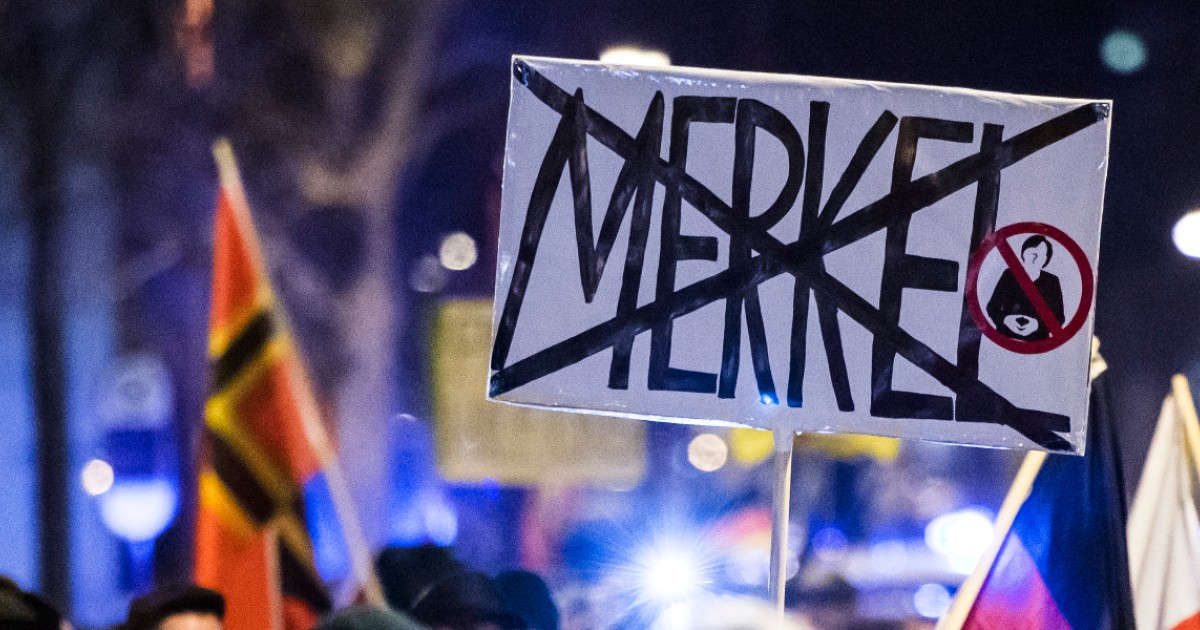 The party has been accused of advocating racist and xenophobic policies.

On Wednesday, I was live on NPR’s Worldview program talking about the possible ban of the NPD, the rise of the AfD, and the implications for the EU. That sounds like a lot of acronyms, but then again, 15 minutes was more than the 90 seconds of soundbites I had budgeted for 🙂

Germany’s Eurosceptic AfD is expected to do well in the European Elections, at least by German standards: They are projected to clear the three per cent threshold, which would above all give them access to public funds and more PR opportunities.

After I called them ‘anti-European’ on public radio, upset party members have been in touch (and all over facebook) to inform me that they are ‘anti-EU’ (or rather against the EU in its present shape), but not against ‘Europe’ per se.  They even claimed that they are pro-European, in a fashion. Hm.

I duly decided to mend my ways and read their manifesto front to back, but as it turns out, there is neither a proper manifesto (again, by German standards) nor something specific to the EP2014. All they have on their website is the 14 pt/4 page document they had quickly drawn up just in time for the German general election that was held last September (a legal requirement for fielding lists).
This is the rare blog post that eventually led to a proper journal article. Read the (ungated) result here: The AfD: Finally a Successful Right-Wing Populist Eurosceptic Party for Germany?

So I extracted  the text from this PDF and made a wordle from it  (incidentally, wordle.net suggested  typsetting the result in Fraktur, but I decided that would create a certain bias). As you can see, ‘fordern’ (demand) is the most frequent word, which results from the heavy use of litany in this short text. The second most important word is ‘Deutschland’. Euro and EU also feature, but they are on par with ‘Kinder’ (children) and ‘education’ (Bildung), issues over which ‘Europe’ has no jurisdiction.

This is not an artifact of the party’s name (which appears only twice in the text). ‘EU-/Eurosceptic’ they may be,  but this rather goes to show that the party seems very much concerned with Germany and German politics. Right now, different factions within the party – conservatives, liberals, whatnot – try to define what the AfD stands for. It will be interesting to see what future party documents will tell us about this struggle.

Globalisation is a wonderful thing. I just had a full Brazilian. Interview, that is. A journalist for Exeme sent me a mail with a couple of questions, I sent back my answers a few hours later and lo, thanks to broken English and the internet, the job is done, time difference and the Atlantic not withstanding. So here is my rather nuanced view:

All over the world, the views about the Euro crisis are seemingly becoming more apocalyptic. Analysts say it is “five minutes to 12”; that Europe has only 3 months left to act. In Germany, the clocks seem to run in a different timing when taking measures to tackle the crisis is concerned. How come?

Even 3 months might be an optimistic assessment, but actually nobody seems to know just how to put an end to this crisis. Over the last year or so, the German government has time and again agreed to (and sometimes proposed) measures that it considered unthinkable only months and weeks ago. Many times, Greece/the Euro/Europe were “saved”, only to find themselves in mortal danger the next week, so the public is growing tired. Yet, I think if the government had a clear strategy for solving the problem, it would act decisively.

The pressures for Germany to act (specially for Merkel) are growing by the day. Do the expectations this time have a different nature?

For a long time, observers in Germany and abroad were focused on yet more guarantees or loans. Only now citizens and politicians begin to realise that there is a political problem at the core of this crisis (i.e. a lack of integrated fiscal and redistributive policies in the Eurozone), but there is obviously no quick fix for this problem.

To which extension Merkel’s position reflects her own personality?

Merkel’s approach to policy making is pragmatic and incremental. She tends to act only if she has a clear understanding of the problem and if she is sure that she has enough political support.

Are there internal political reasons for Merkel not to act like other countries expect her to?

You bet. Merkel heads a coalition of three parties that disagree on many domestic issues. At the moment, it seems not likely that the coalition will win another term in the 2013 election.
Saving Europe only adds to these woes. While her own CDU is staunchly pro-European, many of her MPs consider Germany’s responsibilities under the current bailout packages more than a little daunting. The CDU’s Christian-Democratic sister party CSU is a regional party whose main purpose is to protect Bavaria’s interest in Germany. They have a fair number of closet eurosceptics in their ranks. Finally, the liberal FDP has been teetering on the brink of self-destruction and electoral implosion for years now. They have faced a minor backbenchers’ rebellion over the bailout, and their leadership does not seem to believe that Greece can stay in the Eurozone.
As far as the public is concerned, saving the Euro is not exactly a vote-getter. Germans were very reluctant to join the Euro in the first place. In real terms, their wages have stagnated over the last decade, and they have reluctantly accepted massive cuts in welfare programs. Over the last 22 years, the West-German majority has transferred a net sum of about one trillion Euros in East-Germany, and yet the Eastern states are lagging behind economically.
A vast majority of the public is convinced that Greece cannot be kept within the Eurozone, and many believe that Greece is some sort of European welfare scrounger.  The government has framed all previous bailouts as exceptional emergency measures and has made no attempts to prepare the public for any fundamental changes to the EU’s treaty base.

Which political groups play an important role as on views to tackle the crisis in Europe? Does the struggle between Merkel and SPD to ratify the fiscal pact represent something unusual for the political scene in Germany? Where do their positions are different, fundamentally?

The SPD’s support for the fiscal pact is a constitutional and political necessity. Regarding European affairs, there is normally a very broad consensus amongst the major German parties. The SPD backs the consolidation measures in principle but wants to ease the burden for the southern economies somewhat. They also believe that the EU should launch a stimulus program, and that the banks should contribute to the reconstruction of the Eurozone through a transaction tax. I’m sure that the SPD and the coalition will come to an agreement eventually.

You may or may not be aware that the EU commission has announced yesterday that it will take Germany to court over the country’s failure to transpose the data retention directive into national law. The commission also proposed that the ECJ should impose a fine of € 315 036.54 per day on Germany. And no, I have no idea where the 54 cent come from, in case you wanted to ask that question.

While this sounds serious, infringement procedures are rather common. The commission’s press release specifically mentions Austria and Sweden, who also failed to implement the directive. Moreover, the commission alone initiated several hundred infringement cases in every single of the last fifteen years, on top of thousands of complaints by third parties.

What makes the recent case unusual is its domestic background: First, Germany agreed to the original directive, which regulates the retention of traffic and location data, in 2006. In 2010, however, Germany’s powerful Federal Constitutional Court declared the German law that implemented the directive unconstitutional and therefore null and void, which chimes with last week’s seminar session on the perpetual conflict between European law and the German idea of constitutional review. The commission is used to this kind of trouble with the Germans and was prepared to wait a year or two for the Germans to draw up and vote on a constitutional implementation of the directive.

But, to use the rather indignant phrase from the commission’s statement the “German authorities have not indicated how and when they will adopt new legislation that fully complies with the Directive”. More specifically, the government cannot make up its mind. The home office, led by the centre-right CSU, complains that Germany must fulfil its obligations and urgently needs a law that implements the directive. The ministry of justice, which is controlled by the liberal FDP, blankly refuses to draw up such a bill, claiming that data retention is ineffective, and that the EU will soften up the current directive anyway. Yesterday’s sole comment from the ministry was that they “were not surprised” by the commission’s move. And so, Germany remains on its collision course because of a deadlock within the coalition.