Everyone and their grandfather are worried about (right-wing) populism, filter bubbles, frames, and their effects on western publics. But do they actually work? This large team ran an experiment in many European countries to find out. You will be shocked when you see hypothesis #7!

In other words, here is another article that we tackled in my reading course on political participation.

Experiments are cool. Large-scale, multi-national experiments with fixed country effects are double cool. This is an actual test of causal effects (although one can always worry about external validity). The effects are very weak (and sometimes counter-intuitive), but that is empirical social science for you. Have I mentioned that we were really impressed by the design?

Students said that the authors used a lot of theory to derive relatively simple (but plausible) hypotheses. Conversely, they introduced an interaction between the frames without explaining why this interaction should occur. More importantly, the interpretation of the interactions’ statistical significance was a bit iffy (paging Brambor et al. 2006), and the graphical presentation and interpretation of the interaction effects is … suboptimal? Having said that, we liked how the authors demonstrated susceptibility to their stimulus varies in a predictable way within experimental groups. Incidentally, this was also useful for illustrating the idea of average treatment effects.

I recently had a lengthy chat with Yardena Schwartz on the AfD’s significance for German politics, and their likely trajectory. One thing that came out of it is a CJR article on the (mis?)representation of the AfD and their voters in the German media. I don’t agree with everything she writes, but it is certainly an interesting read. German media wakes up to a nationalist resurgence

On November 14, Martin Shmid headed to work in Munich, still ecstatic about the previous week’s election of Donald Trump and what it would mean for the Alternative for Deutschland, or AfD, Germany’s populist, right-wing party. Shmid, who works as director of the AfD’s state headquarters in Bavaria, lost the bounce in his step as […]

The right-wing website Breitbart, one of the key allies of the Trump campaign, has told Reuters (link to the article is below) that they want to expand their network to include sites for France and Germany. Breitbart already has a site in the UK, which was an important part of the pro-Brexit network. Allegedly, they have begun hiring staff, so they must think that there is a market for their kind of journalism in these two countries. Goddess help us all. 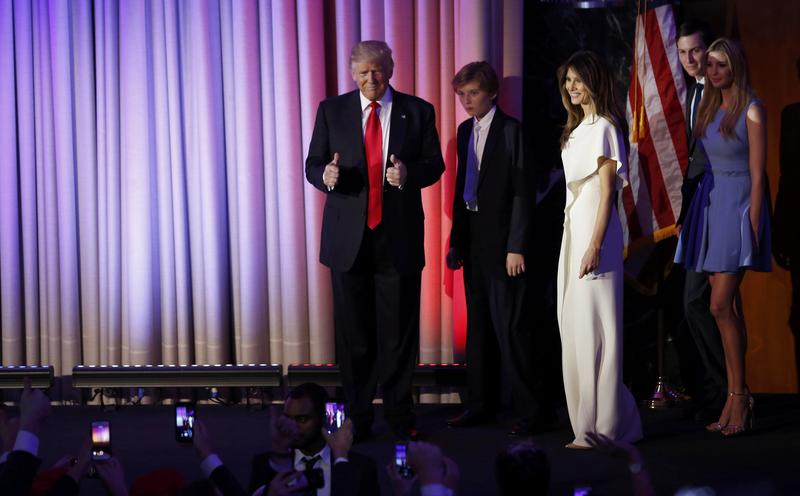 The right-wing Breitbart News Network is expanding its U.S. operations and launching sites in Germany and France, its U.S. editor-in-chief told Reuters, as it seeks to monetize the anger and anti-immigrant sentiment unleashed by Donald Trump’s successful presidential campaign...

For people of a certain age, it is somewhat hard to believe that Alanis Morissette’s fourth single was released a mere 18 years ago. Moreover, it is a truth universally acknowledged that this single has single-handedly clouded the idea of irony. There is a point, and I will get to it eventually.

After the war, the BBC provided the template for the re-organisation of broadcasting in Germany. Broadcasters became public bodies, funded by a licence system and not under the (direct) control of the government of the day. They were to be controlled by an elaborate system of boards on which stake holders such as the churches, the unions, and the political parties had representatives. Moreover, in a bid to create further checks and balances, they were set up at the state level. To the present day Germany’s first national TV channel is produced and aired by the federation of these broadcasters.

But back in the mist of time, the Adenauer government wanted a second national TV channel, preferably with a conservative bent. Following an epic political and legal struggle, Zweites Deutsches Fernsehen (ZDF) was created in the early 1960s through a “Staatsvertrag”, a quasi-constitutional, legally binding and enforceable agreement between the (then) eleven federal states. Again, insulating the corporation from direct government control was supposed to be a guiding principle.

What Did the Court Say?

50 years on, the old battles were fought once more. In 2009, the Director General (with support from the SPD) wanted to extend the contract of the broadcaster’s chief political editor, Nikolaus Brender. The CDU opposed the appointment and organised a majority to vote against Brender by leaning on the nominally non-partisan members of the board. Kurt Beck (SPD), then minister-president of Rhineland-Palatinate, went to the Federal Constitutional Court in a bid to have the agreement declared unconstitutional.

Isn’t It Ironic? No.

Yesterday, the court ruled (entirely in line with everything the have said over the last five decades or so) that parts of the agreement are indeed unconstitutional, because there are too many representatives of the state on the boards: According to the court’s count, about 44 per cent of the members fall into that category. In an not uncommon display of judicial inspiration, they decided that 44 per cent was certainly too much, whereas one third would be ok, and that the federal states will have to modify the agreement accordingly. That leaves the tiny problem that almost anyone representing one of the societal groups (churches, unions, associations of employers) is at least close to a political party and at any rate part of Germany’s corporatist system of interest mediation.1

And moreover, there is the AM moment: Yesterday’s ruling was brought about by two state governments. Kurt Beck, the original plaintiff, was very happy yesterday. He may have retired as minister president, but he still hangs on as chair of the board. That is not ironic in the conventional sense of saying the opposite of what you mean, but … here is a gratuitous bonus video.

To be fair, one judge made the exact same observation in his dissenting opinion.

Yesterday, the Federal Constitutional Court ruled on the constitutionality of Germany's biggest broadcaster, telling parties to keep away. Plus there is a spoof video in this post.

Yesterday, the Federal Constitutional Court ruled on the constitutionality of Germany's biggest broadcaster, telling parties to keep away. Plus there is a spoof video in this post.