Party system change, illustrated. Germany’s FDP was represented in the federal parliament from 1949 until 2013. During this time, they were part of various government coalitions for more than four decades. In 2009, they managed to attract more than 14 per cent of the vote, their best national result ever. Many voters did not like them, but they served a purpose. 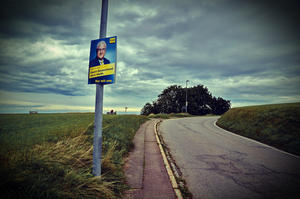 Today, FGW’s monthly newsletter reported public opinion on Russia, broke down by party leaning of the respondents. They could not provide information on FDP supporters, because they did not have enough cases for that.