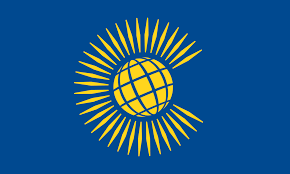 Last Monday was Commonwealth Day, the date formerly known as Empire Day. I know this because I heard some claptrap on the BBC about 2.5 billion hearts beating as one. All eyes on London etc. Otherwise I would not have known.

Let me provide some context for this. At the moment, I live in downtown Toronto, a city that used to be one of the most staunchly British outposts in the former empire.

Canada only became fully independent from Britain in 1982, and the Queen remains the head of state to the present day. There is still a Governor General, who is supposed to represent her Maj on this side of the Atlantic. Because that’s not enough, there is even a Lieutenant Governor for Ontario, who performs what is known as viceroyal duties at the provincial level and has the St George’s Cross on her standard.

Her residence and other government buildings are just around the corner. I’m surrounded by real Victorian and mock Gothic architecture that tries very hard to look like Oxford or Cambridge against the backdrop of very North American high rises.

Yet there were no flags, no parades, no speeches, nothing on the news that would have suggested that this was some special day. Exactly no one on the streets looked particularly excited. By coincidence, I saw Justin Trudeau on the telly. He was not talking about the Commonwealth, but about Trump and tariff-free trading with the US.

For good measure, I asked my students – 65 budding Political scientists in their third year – whether they had noticed the coming and passing of Commonwealth Day. Two made vaguely affirmative noises.

In other news, I hear that Britain is still on its way out of the EU so that it may better trade with former colonies and new partners.