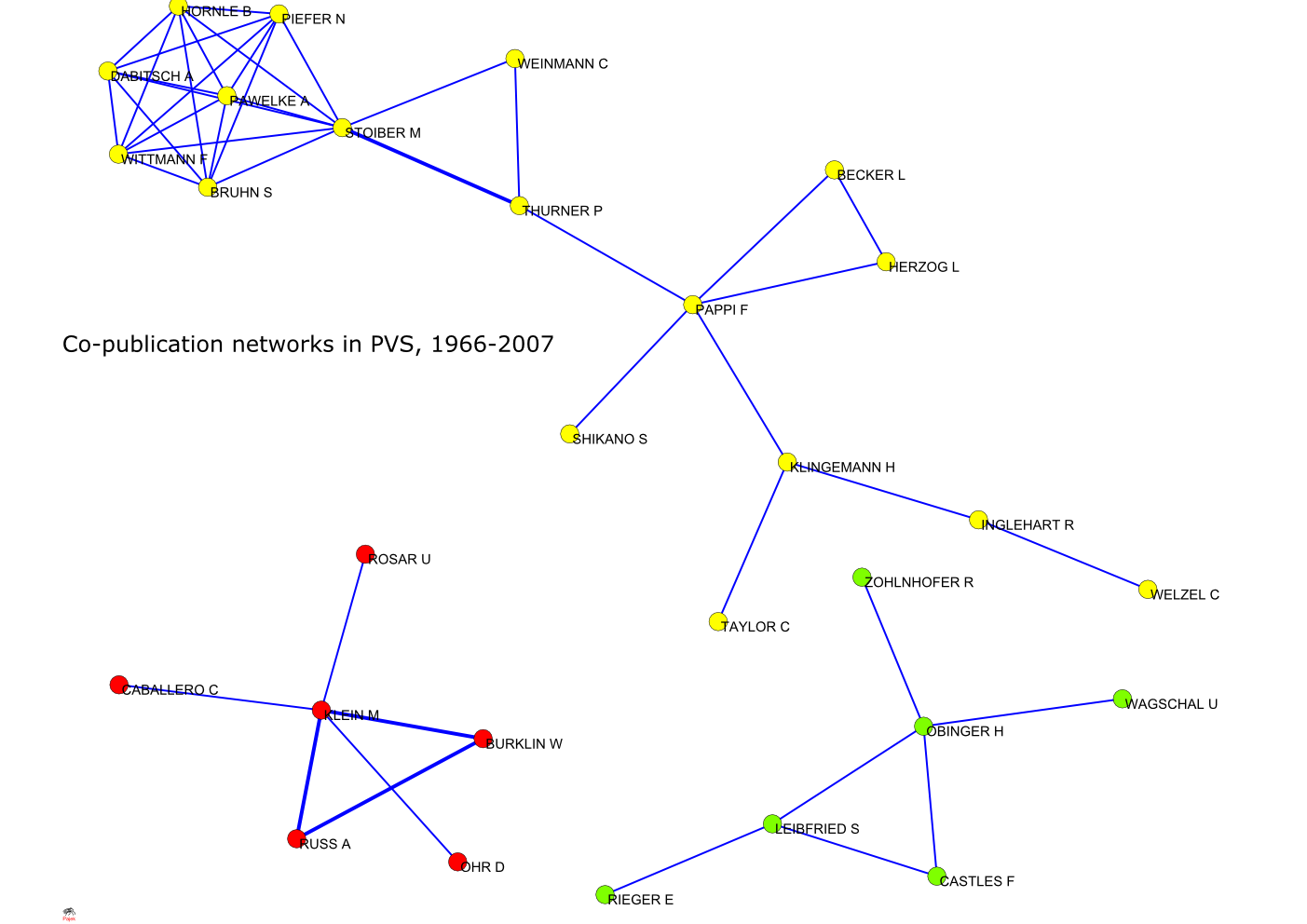 Like most social scientists I am a little bit obsessed with social networks. I’m also interested in the sociology of knowledge, which is a little more original. So some time ago, a colleague and I embarked on a project called “Networks in Political Science”, which rather unsurprisingly tries to apply network analysis to publications in Political Science. Our basic idea is that everyone seems to take subfields, theoretical schools and even citation circles for granted, but unlike in some other disciplines, little empirical work has been done so far. More specifically, we want to identify

Ideally, we would build a huge database of articles, chapters, and monographs. However, this requires lots of research assistants, and so for the time being, we use the Social Science Citation Index, which covers at least the core journals. We are soon due to deliver a paper at a conference, so I started writing it up. I’ve already put some preliminary findings on co-publication in Politische Vierteljahresschrift (PVS), arguably the most important German political science journal, on the web. The summary is very short and perhaps not very surprising: it doesn’t happen on a large scale.