Over at Diário de Notícias, Jose Fialho Gouveia has published another article on Germany, Schulz, and all that jazz, once more with a couple of my cents added. By the way, don’t you just love the imagery of beer jug hefting German politicians? 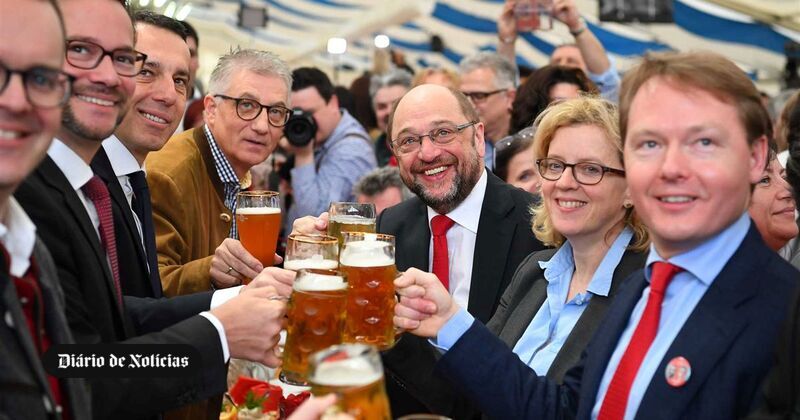 If you’re interested, here is the English transcript of our chat.

“We are six months away from the elections in Germany. Can Schulz really win?”

At the moment, the SPD and the CDU/CSU block are neck-on-neck. But six months away from the election, many voters are undecided or may change their mind further down the road. Historically, the SPD has only twice surpassed the Christian Democrats (in 1972 and 1998). So it is possible that SPD gets more votes than the CDU/CSU combined, but I would not bet on it. At the end of the day, the more relevant question is who will be able to form a winning coalition in parliament.

If the SPD actually gets more votes than the Christian Democrats, that is entirely possible.

“The economy is doing fine, the SPD is pro-EU and also pro-refuges, so how can Schulz attack Merkel?”

In a sense, Schulz is attacking the previous (post 2002) reform policies of his own party. He also tries to benefit from the fact that Merkel has been in office for a long time, and that some voters are tired of her (not so much of her policies).

“Which one o you think will be the main issues during the campaign?”

Schulz and the SPD are focusing heavily on “justice”, in particular “social justice”. He is also attacking right-wing populism. Whether this will be enough to propel them through a six-month-long campaign is a different question.