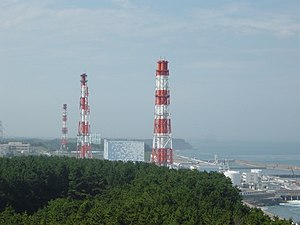 It’s amazing: Just 36 hours after the horrible earth quake in Japan, 60000 people are demonstrating in Swabia – against nuclear energy. While we do not know whether the Japanese plants are actually in meltdown, for the German liberal-conservative coalition, this is certainly the Most Credible Accident.

One of the governments most controversial decisions so far was to amend the red-green phase-out law so that the German nuclear plants can remain operative much longer than planned under the original law. This upset many people, as acceptance for nuclear energy in Germany is low. And so the issue was already salient for the ongoing state-election campaigns in Baden-Württemberg, Rheinland-Pfalz and Sachsen-Anhalt long before yesterday’s tragedy, particularly in Baden-Württemberg, which has four operational nuclear power plants.

Now, the Greens and the SPD are having a field day. Or so it would seem: The governments semi-official line is that it would be inconsiderate to discuss domestic matters in the face of the Japanese tragedy, and the SPD is playing along for today. But it’s difficult to imagine that the left parties will not play the issue over the next two weeks – the scale of the nuclear threat is just too big.

And the media are certainly on the job. The main public broadcaster ARD – roughly equivalent to BBC One – just changed its schedule and dropped one of its insufferable shows for the over 60s in favour of a documentary on the Chernobyl disaster. Showing something that is actually relevant one a Saturday night is an almost unprecedented move for them. And even if no one was trying to set the agenda, having a power plant in or near meltdown will certainly prime voters.