This is the author’s version of the work. Please cite as: 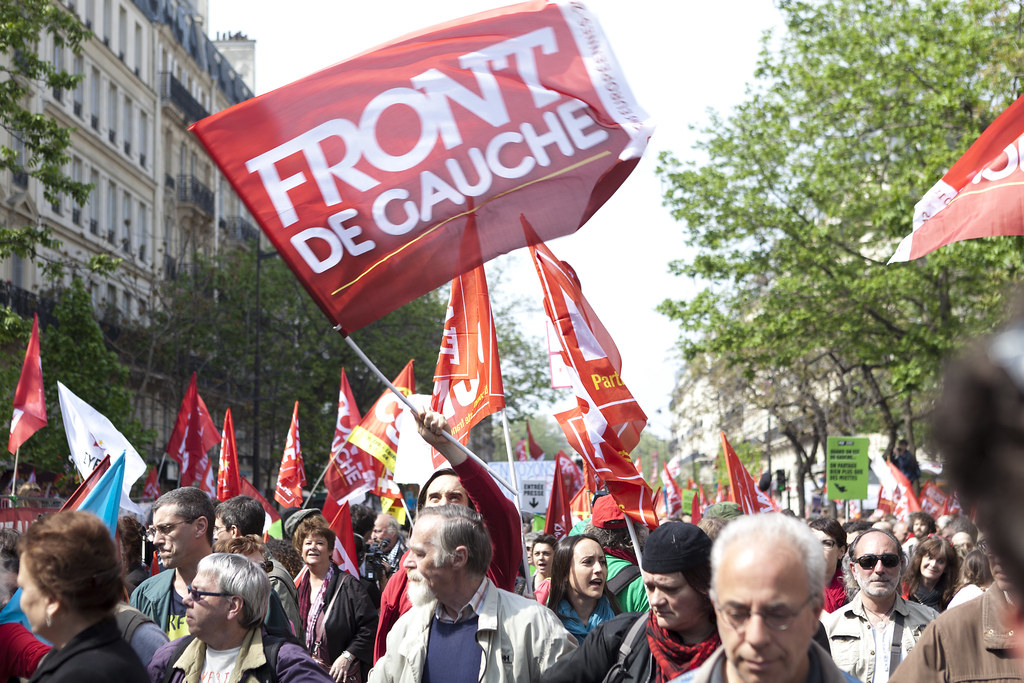 Macro level: the structure and consequences of state and society

At the very highest level of aggregation, political sociology tackles two interrelated problems: which (large) groups in society shape and control the institutions of society and the state, and how do these institutions in turn allocate power and resources to social groups? This leads to a host of other big questions: How did government come to be? How (if at all) is the modern state different from a protection racket? Why do revolutions occur, and whom do they really benefit? Such analyses are often inspired by neo-marxist, feminist, and other critical theories. But there is also considerable overlap with more mainstream “new institutionalist” approaches that have taken hold in neighbouring disciplines such as economics, political science, sociology, and even history. Crucially, all these perspectives are comparative by necessity: to understand how social arrangements emerge and play out, one most view them across time and space.

At the most “macro” margin of this domain, some political scientists and sociologists have even eschewed the idea of a nation state altogether and have turned to studying the institutions and dynamics of a world society instead. More conventional research overlaps with comparative analyses of welfare, labour market, and property right regimes in neighbouring disciplines.

Two classics hold a particularly prominent status in macro level political sociology and are also of particular interest because they connect macro phenomena to the lower levels of analysis. Lipset and Rokkan (1967) famously claimed that large-scale historical events and developments in West European history – the reformation, the national revolutions, and industrialisation – have created durable societal cleavages, which impose equally durable constraints on European party systems. The approach’s roots in Parsonian systems theory are long forgotten, and the notion of “frozen” party system became obsolete within a decade of publication through the rise of new party families (see below). But the idea that macro-level events can indirectly affect micro-level voting behaviour through the actions of collective actors at the meso-level, which was not even central to Lipset and Rokkan’s original analysis, has become almost an axiom in comparative political sociology.

The meso level offers perhaps the broadest range of topics in comparative political sociology. Parties are one particularly prominent subject, and /party systems – the patterns of interactions between parties that are formed by the forces of competition and co-operation – can only be fully appreciated in comparison. A related concept that is exclusively applied in a comparative fashion is that of party families. Party families are groups of parties that exist in different countries but show a degree of family resemblance in terms of their history, social base, and ideology. Often, these similarities lead them to set up a transnational umbrella organisations.

The political influence, societal role, tactics and internal workings of interest groups are another core topic in comparative political sociology. This includes businesses and trade unions, but also organisations such as churches, charities, and a hole host of other collective actors that are grouped under the label of “civil society”. The ability of interest groups to influence policy varies greatly across and within sectors but also across countries. An even more fundamental difference between countries concerns the degree to which the role of certain interest groups is institutionalised. This concerns most prominently the role of trade unions in the labour market and the role of religious organisations and charities in the provision of welfare but also the self-regulation of professions such as medicine, law, and accounting through bodies in which membership is (quasi-)mandatory. Again, there is some overlap between comparative political sociology and neighbouring disciplines and fields, e.g. political philosophy, economics, or the sociology of work and employment.

An adjacent field is the comparative study of social movements. While many interest groups act as social movement organisations or have evolved from them, social movements as a whole are characterised by their openness, heterogeneity, and informality. The resources, importance, size, and sometimes even existence of social movement sectors vary considerably across nations, and some of the most interesting work in social movement research tries to link these variations to institutional and other structural differences between countries. Like in the case of interest groups, there is (or should be) substantial overlap with work done in related fields, e.g. the attempts in comparative politics to adequately describe the many varieties of democratic and authoritarian rule. Finally, a separate but related strand of research has latched on the fact that many social movements have long-standing traditions of co-operation across national borders (e.g. the labour movement) or, like the movement to slow down climate change, can even be conceived as transnational by their nature.

Social movements and interest groups are often studied through the lens of network analysis, and social networks and associations also play an important role for the concept of social capital. While many sociologists have contributed to social capital theory, Putnam has popularised the idea that social capital is generated and utilised at the (local or regional) meso level. In his landmark study (Putnam 1993), he argues that differences in social capital, which are constituted by high levels of interpersonal trust and widespread acceptance of a norm of reciprocity that are generated within a dense and favourably structured associational network, can explain differences in the implementation and success of policies. While Putnam studied subnational regions within a single state, the concept of social capital is also being applied in comparisons between states.

Finally, the study of elites as well as analyses of media, the media system, and, more recently, digital social networks, are well established topics in political sociology. These (and other meso level) issues have been fruitfully studied in comparative perspective.

In terms of sheer quantity, analyses of individual political orientations and behaviours that are based on standardised surveys probably make up the bulk of micro political sociology’s output. While the roots of this body work lie in the study of the American society of the 1940s and 1950s and while there is an ongoing interest in cross-sectional and longitudinal national surveys, the subfield took an early comparative turn with Almond and Verba (1965). The reason for this is obvious: although the data are collected on the micro level, the supposed impact of institutions and other higher-level factors on individuals can only become fully visible through their variation across countries.

While much of this research was (and is) concerned with attitudes on the one hand and voting as the most prevalent form of political participation on the other, one landmark study broke this mold. Against the backdrop of the “New Politics” of the 1970s, Barnes and Kaase (1979) were the first to study other forms of political behaviour, including participation in the “New Social Movements”, in a comparative fashion. Since then, interest in mass political participation, broadly defined, has never faded. Somewhat more recently, Brady, Verba, and Schlozman (1995) have proposed a “Civic Voluntarism Model” that links participation to resources on the micro and meso level. This is now widely accepted as a useful base for both comparative research and national case studies.

As far as the comparative study of attitudes is concerned, it is next to impossible to overestimate the influence that Ronald Inglehart had on the field since the early 1970s (see e.g. (Inglehart 1971)). Over more than five decades, he has contributed enormously to the renewed interest in values and other aspects of culture and was involved in countless scientific controversies and collaborations.

What sets survey-based comparative political sociological work in the micro domain apart from research that is focused on the meso or macro level is a unusually high degree of institutionalisation, which is necessitated by its subject matter. Because data collection is expensive, secondary analysis of existing data is the norm. From the 1960s, national data archives were established to preserve data sets, make them accessible, and provide the training necessary for their analysis. Existing ties between these archives, universities, and other research institutions led to the creation of more formal networks that finally helped to bring about a number of long-term projects. Important examples include the Comparative Study of Electoral Systems (from the mid-1990s) and European Social Survey (from the early 2000s) that exist as large public research infrastructures, which are accessible to scholars from all over the globe. Some other projects have been running for even longer: the European Values Study/World Values Survey started in 1981, the International Social Survey Programme began in the mid-1980s. Finally, the Eurobarometer (not an academic study but partly shaped by the input from the scientific community) ran its first surveys during the early 1970s and has inspired similar studies (the Afrobarometer, Asianbarometer, and Latinobarometro) in other parts of the globe.

For many fields in political sociology, the internationally comparative perspective has become the norm. This trend is perhaps most obvious in micro-quantitative applications. Here, the proliferation of data collected across a large and growing number of countries, in combination with powerful computers, user friendly software and improved training, has led to a surge in the application of statistical multi-level analysis. Even a simple search for publications based on European Social Survey data that have “multi-level” in the title yields hundreds of hits. While this trend is very positive in principle, the current focus on macro-micro links should not distract researchers bringing back in meso level (subnational) factors, and from analytical work.