Like a premature Christmas present, my author’s copy of “The Extreme Right in Europe” arrived before the weekend. It’s a hefty volume of almost 500 pages that comes with a equally hefty price tag of just under 80 Euros. As you can see from the table of contents (the PDF also contains the introduction and a large chunk from Gilles Ivaldi’s chapter), it’s a bit of a mixed bag, but I like the idea of bringing together  contributions on Eastern and Western Europe and dealing with multiple facets of the right (parties, movements, voters, ‘culture’). While I’m particularly partial to the chapters by Ivaldi and de Lange, which are on matters close to my own research interests,  Heß-Meining’s piece on Right-Wing Esotericism stands out for the sheer weirdness of its subject: Hitler’s hideout in the Arctic and Al Gore the Vampire, you name it. So if you’re looking for a last-minute Christmas present for this XR-head stoner uncle of yours …  just kidding of course.

As an aside, it’s remarkable that this book was published in English. The volume as well as the conference on which it is based were sponsored by French and German institutions. A few years ago, that would have meant a bilingual conference and publication. Outside Luxembourg, what is the number of scholars working in the field who could have actively participated in the conference? And how much larger would have been the number of potential readers? Individually and collectively, French and German political science might still be too big to fail for the time being, but it’s good to see that we as a discipline chose relevance. Occasionally.

To celebrate this moment of pre-Christmas clarity, here’s the author’s version of my chapter 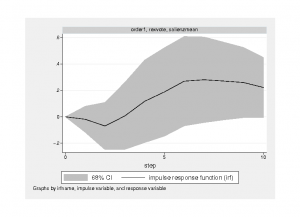